Every now and then I come across a post on the Fediverse on the subject “not @ me” and I always find it interesting to see the point to which people go to stand for their right to use this formula in order not to receive any response to whatever subject they are writing or venting about! They even become aggressive and impolite!

From my stand point, this is a very easy way to avoid having to reply to someone with a different opinion and I can't understand it unless I look at it from the perspective of someone who is extremely selfish. I can't even fathom the reason why someone would want to say something in the middle of a crowd and expect/force everybody else not to answer, no matter what he/she/they is/are saying! Why would someone do that in the first place?! And, how come that someone might think he/she/they is/are entitled the right to deprive the others from their own rights?! Is freedom of speech something that is only good when applied to oneself?! Can I deprive the others from the rights that I treasure so much?!

This issue is also related to my first bad experience on the Fediverse: after more than two decades on the Internet, I came across a lady that felt very offended because I had replied to a “not @ me”. I didn't know the meaning of that at that time because I didn't use to use certain networks. I wasn't impolite and I apologised. And I kept receiving aggressive replies to my apologies! I stopped, obviously!

How come that someone's right to “not @ me” can take precedence over their duty to respect the others? Can't anyone make a mistake these days anymore? Perhaps it would be good if those people who fight with such aggressiveness for their “God given” right to “not @ me” started learning some manners too! They come handy everywhere! 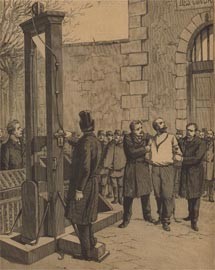 Yes, “I have a dream...” is the title of a very famous and marking speech given by Martin Luther King, Jr. in 1963. It was a speech that wanted to make a stand, a stand for freedom, for the fulfilment of the “promise that all men, yes, black men as well as white men, would be guaranteed the “unalienable Rights” of “Life, Liberty and the pursuit of Happiness.”

And he ended his speech saying:

“And when this happens, and when we allow freedom ring, when we let it ring from every village and every hamlet, from every state and every city, we will be able to speed up that day when all of God's children, black men and white men, Jews and Gentiles, Protestants and Catholics, will be able to join hands and sing in the words of the old Negro spiritual:

Thank God Almighty, we are free at last!”

Some thoughts on GDPR interpretations

Sometimes, —far too many times, I would say—, I find myself in the situation of landing on a webpage for the first time because one of my online friends shared it and I found it interesting.

How come that webpages that are supposed to abide by the GPDR try to force the reader to accept their cookies to be able to access their content?

How come that not giving the readers the chance to choose the type of cookies they allow to enter their computers is abiding by the GPDR and respect the reader's freedom of choice, privacy and security?

How come that these sites are still allowed to be online?

How come that we continue to accept this situation?

These sites aren't showing any respect for their readers when they give us the ultimatum: accept if you want to read or leave!

Fortunately, we still have the choice and, unless it's really mandatory to use it, I LEAVE!